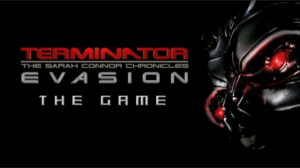 Starting a game that does not follow a T.V show can be mysterious and confusing at times if there is a story line and something that has to be solved as you progress through the game; though there will often be a loose storyline and you will have to fill in the blanks yourself with your own imagination.

When a film is made that spurs from a game, film makers have to stick to the storyline of the game which may be incomplete and loose. You will often find that with these films they jump from one scene to the next and before you know it the film is over and you hardly got into it, and also could not really make a lot of sense of the film and what it was about; often it’s unlike the game completely.

Usually when they make a sequel they have a lot more freedom to tie in other elements of the game, if there are more games in the series to loosely follow.

What about making a game from a film or T.V show though?

Often it depends on the film/show in question and whether there is a good storyline to follow, and usually if that is the case there is much room in the gaming universe for variations of the film from different view points of other people not in the film series; people who were also involved somehow in the events that unfolded in the film/shows, and the game may follow their story as it’s told through the gameplay.

As it’s stemmed from a film of T.V show, you often know something about what happened and it helps open up the imagination during the gameplay and you know you are going to be fighting a certain type of creature and roughly what to expect in the games, minus a few surprises along the way.