DVD/BluRay Disc Rental Is a Thing of the Past! 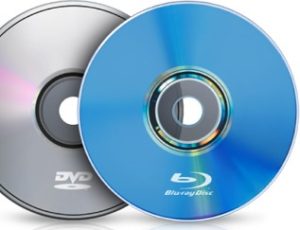 The day’s of DVD/BluRay rental are fast becoming a thing of the past, those stubborn few that have remained trying to salvage the remains of what’s left of the physical disc rental market won’t have long before it’s gone for good.

As technology has developed more and more content is being pushed online and into a cloud based service, paving the way for massive online streaming giants with vast library’s of the films and shows we all know and love, the undiscovered titles and the fresh and new films and shows that come available.

Nobody ever really wants to go out into town after work or on the weekend to rent out film content on physical discs anymore, we seem to be in a fast-paced world where we don’t have that much time to spare anymore, so turning on your P.C/Laptop/Mobile device and accessing content directly online through a site you have membership is so much easier, and your bound to find something you want to see; no need to waste time physically going out to get what you want.

The only exception of course is Cinema, but with the prices being driven up higher less people go and people rather wait for those films to be released through Netflix, Amazon Video, Now T.V and the like.

The day’s of physical based disc rental are over; if not already it’s time to move over to streaming online.